“The most important thing in the Olympic Games is not winning but taking part; the essential thing in life is not conquering but fighting well.” 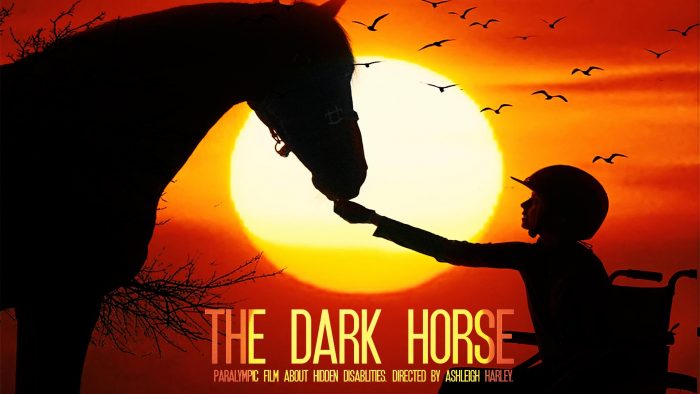 When a young girl is diagnosed with an incurable illness nobody can see, she fights against the perceptions of disability to get her sport recognized at the World Paralympic Games.
Often struggling to walk, surviving on a liquid diet and crippled by excruciating pain, she finds freedom on the back of a very special horse.
A Family made documentary created by award-winning team, featuring The Paralympics, British Showjumping, the FEI, InvisiYouth Charity and Tim Stockdale Foundation.

Growing Up Invisible: Living With A Hidden Disability

For many years I feel I have been living two lives, the life society has expected of me, and then the reality of who I am. This is the reality of the challenges I have faced growing up with an invisible disabilty. When I was 12 years old I faced the world changing in a way I had never foreseen and was diagnosed with a genetic tissue disorder. There is no cure for my condition. For two years now I have been unable to eat or digest solid foods, X-Rays show the extent to which my spine has deformed and every day my family and I face the fear that my blood pressure might drop so low that I will lose consciousness and need immediate medical attention.Life does not unfold in a way we might expect, but from these experiences there is always opportunity to grow. With this in mind, I have decided it is time to tackle my fears head on and make a film about living with an Invisible Illness. Not everything is how it first appears. Especially in the modern world. What nobody has seen in between the glamour, the films and the fun has been this illness tearing me and my family apart. So I feel it's damn time to do something about it!This new documentary is called 'The Dark Horse' and whilst designed to raise awareness of invisible disabilities I will be tackling my physical limitations by delving into sport. Whilst my legs often become too weak to walk. I have found freedom on the back of a horse and have rediscoved passion for life that I had long believed was over. In addition to my filmmaking exploits (I'm still writing The Wall of Lyon script!! Promise!!) I will be delving into the world of para showjumping, a sport that is currently fighting for international and Paralympic recognition. Over one million disabled people were employed in the U.K after London 2012 Olympics, and 1 in 10 people in this country live with a life changing illness nobody can see. With those kind of statistic I believe it's important that we make a change. So I invite you to look around and question what challenges the strangers you encountered today might be facing, even if on the surface their lives may appear 'perfect'. I hope with all my heart you feel inspired to join me on this journey, already there as so many people I want to thank for their amazing kindness and support! This is my poem for the invisible, hope you enjoy and have a wonderful day ❤️DM Orthotics Shires Equestrian Rotolight Para Equestrian Jumping British Showjumping Fédération Equestre Internationale British Paralympic Association ParalympicsGB Paralympic Games